Michael Fife grew up in Guthrie, Oklahoma, a small town much 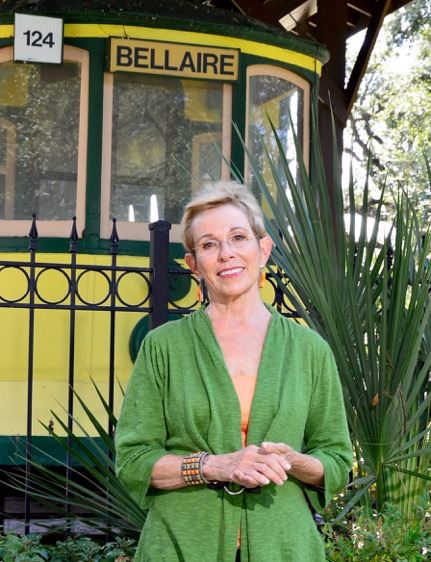 like Bellaire. As the oldest of five siblings, she learned early that much responsibility went with that birth order. Her father was a "country doctor" who often took her along on house calls and patients often came to her home after office hours. Life was busy but not complicated!

Michael graduated from OU in 1966 and returned there to complete her Masters in Social Work in 1970. After moving to Houston in 1973, she began her career in Oncology Social Work at M.D. Anderson Cancer Center. In 1998, Michael was elected President of the Association of Oncology Social Work, the international professional association for medical social workers serving cancer patients and their families. After a 30-year career at Anderson, she retired.

Michael has been very active in the Town Oaks Place Home Owners Association, being on the Board for many years and the liaison for her neighbors with numerous Bellaire governmental departments and boards. She and her husband, Dr. Creighton Edwards, along with her Town Oaks Place neighbors began landscaping the Newcastle Jog path in front of their homes…a trend that has now caught on along the whole 2-mile path. Creighton calls it "Michael's Park across from Evelyn's Park".

After working with her HOA and supporting the planning of Evelyn's Park, Michael was asked to join the ad hoc Municipal Facilities Committee. This led to her decision to run for Bellaire City Council in the Special Election in November 2015 for the 2-year unexpired Position 5.

Michael and her husband, Creighton, have lived in Bellaire, in the same home, for over 33 years. They initially chose Bellaire because of the proximity to the Texas Medical Center. However, they soon developed a strong appreciation for, not only their neighbors and neighborhood, but also the whole "Bellaire experience" and strong community. Son, Court, and his wife, Correne, have 3 sons, Payton, Cullen, and Reagan. While they don't live in Bellaire, they are "close enough that Granny has plenty of time to spoil her boys".